Since the World Series is happening, I’m obligated to start this post with the coolest World Series moment in Padres history. When Tony Gwynn took David Wells deep in Game 1 of the 1998 World Series, everything seemed ok in Padres land. It almost seemed like they could make the series competitive. But as we all know, a Mark Langston strike that was called a ball and a Tino Martinez grand slam later and the dynamic of the series was quickly changed. The Padres were not a better team than the Yankees and I certainly don’t think they could’ve won the series; but that should not of been a sweep by the Yankees. Oh well.

Related to the image above, I still have a handful of buttons left if anyone wants one. Just shoot me an EMAIL with your address and I’ll send a little package in the mail for you in no time!

I recently came across this photo of Jerry Coleman and was delighted. There seems to be a lack of quality photos that exist from the Colonel’s time as the Padres skipper and this one is great.

In my opinion, I think the organization should retire the #2 Jerry wore in 1980. Hell, they put it on display during his memorial, so everyone associates the number with him anyways. Instead, they let guys like Everth Cabrera and Melvin Upton wear it. You can mark this up as another missed opportunity by ownership to give a proper nod to the team’s history. (Image Source: The Lu Lac Political Letter)

When most people think of baseball players with afros, they think of Oscar Gamble‘s in the 70s or Coco Crisp‘s from a couple years ago. It turns out that former San Diego outfielder, Bobby Tolan had a great one as well. Tolan had a solid career in the professional baseball, which included 13 years in the big leagues and even a season in Japan.

Tolan had two stints with the Padres (1974-1975, 1979) and after wrapping up his playing career, he became a coach for the Padres from 1980 to 1983. In Padres circles, he’s known for being the hitting coach for the Walla Walla Padres in 1981, and therefore having the honor of being Tony Gwynn’s (and John Kruk‘s) first hitting coach in professional baseball. 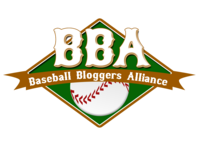